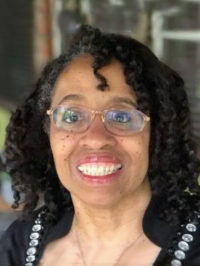 Karen Robinson-Jacobs is a Chi-Town native who has been chasing the big story for decades. She serves as a Report for America corps member with Type Investigations and The St. Louis American, focused on regional watchdog reporting.

She spent 15 years writing about food, sports business, and real estate for The Dallas Morning News, where she was part of the Pulitzer Prize Finalist team lauded for coverage of a 2016 shooting spree that killed five police officers and injured nine others. Prior to that, she spent 15 years with the Los Angeles Times, where she worked with emerging journalists in the paper’s Metpro program and helped launch the paper’s website and new media department. While in Los Angeles she also served as vice-president of the local chapter of the National Association of Black Journalists.

A long-time Midwesterner, Karen also worked at The Milwaukee Journal, where she was among the first African American editors. While in Milwaukee, she also found a creative outlet as a dancer and member of the Hansberry-Sands Theatre Company.

The Creating a Respectful and Open World for Natural Hair (VROWN) Act is passed by U.S. House of Representatives

Increased capital seen as key to bridging the wealth gap