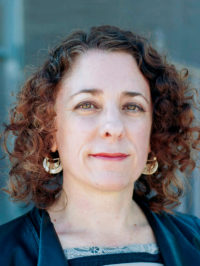 Melissa del Bosque is a Lannan reporting fellow with Type Investigations. Her investigative reporting on the U.S.-Mexico border, immigration, government surveillance and national security has been featured in numerous publications including: ProPublica, The Intercept, the Guardian, Texas Monthly and The Texas Observer. She is the author of Bloodlines: The True Story of a Drug Cartel, the FBI and the Battle for a Horse-Racing Dynasty (Ecco, 2017). In 2020, del Bosque was part of the reporting team for ProPublica’s “Inside the Border Patrol” series, awarded a RFK Journalism Award. She has also been honored with an Emmy, a National Magazine Award and The Hillman Prize. In 2012, an investigation into massacres in the Juarez Valley, Mexico, was a finalist for the National Magazine Award and won accolades from both the Association of Alternative News Media and the Pan American Health Organization. She has also been awarded the Sigma Delta Chi Award from the Society of Professional Journalists and the Casey Medal for Meritorious Journalism.

For more about Del Bosque please see her personal website.