Melissa del Bosque is a Lannan reporting fellow with Type Investigations. Her investigative reporting on the U.S.-Mexico border, immigration, government surveillance and national security has been featured in numerous publications including: ProPublica, The Intercept, The Guardian, Texas Monthly and The Texas Observer. She is the author of “Bloodlines: The True Story of a Drug Cartel, the FBI and the Battle for a Horse-Racing Dynasty” (Ecco, 2017). In 2020, del Bosque was part of the reporting team for ProPublica’s “Inside the Border Patrol” series, awarded a RFK Journalism Award. She has also been honored with an Emmy, a National Magazine Award and The Hillman Prize. In 2012, an investigation intomassacres in the Juarez Valley, Mexico, was a finalist for the National Magazine Award and won accolades from both the Association of Alternative News Media and the Pan American Health Organization. She has also been awarded the Sigma Delta Chi Award from the Society of Professional Journalists and the Casey Medal for Meritorious Journalism. Del Bosque holds a bachelor’s degree in Creative Writing from San Francisco State University, a Master’s in Journalism from the University of Texas-Austin and a Master’s in Public Health from the Texas A&M School of Rural Public Health. Born and raised in the Golden State, del Bosque now lives and works in Tucson, Arizona.

Records from an ongoing FOIA lawsuit shed new light on the operations of CBP’s Tactical Terrorism Response Teams.
By Melissa del Bosque, a Lanan reporting fellow at Type Investigations, for The Intercept.

History Shows That a Planned Wall Along Texas Border Could Cause Flooding, Ecological Disaster

While residents and officials are concerned about ignoring the lessons from Nogales, the federal government is forging ahead with its plans to start construction in September of this year.
Melissa del Bosque on WNYC’s The Takeaway.

The history of an outpost on the Underground Railroad could be lost. By Melissa del Bosque in the Intercept.

How to run drugs, smuggle migrants, and get away with it at America’s biggest law enforcement agency.

As border security build-up in Texas intensified, two brothers paid a smuggler to bring them to the United States. Only one lived to tell their story.

To comply with US immigration law, Exelina Hernandez would have to risk her life.

“This Is Our Home”

With migrants streaming through south Texas, landowners are caught between protecting their property and saving lives.

To see how the Koch brothers’ free-market industry utopia operates, look no further than Corpus Christi, Texas, where the billionaires own two oil refineries.

The Deadliest Place in Mexico

Who’s killing the people of the Juarez Valley? Hint: It’s not just the drug cartels. 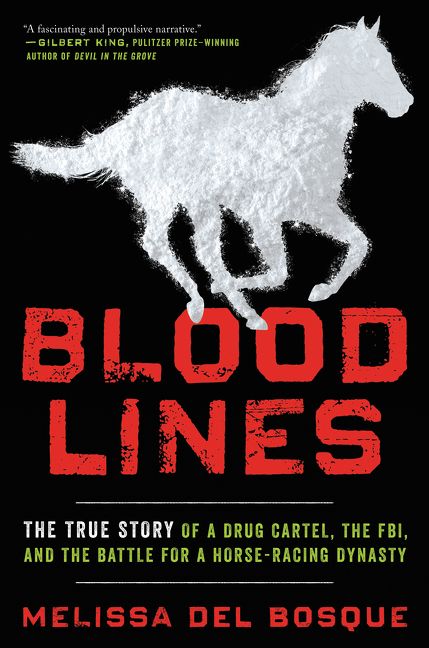 Bloodlines: The True Story of a Drug Cartel, the FBI, and the Battle for a Horse-Racing Dynasty

The riveting and suspenseful account of two young FBI agents in a pursuit of a drug cartel’s most fearsome leader, Miguel Treviño.