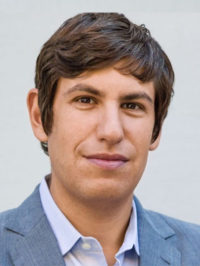 Ari Berman is a senior reporter for Mother Jones and a fellow at Type Media Center. He has written extensively about American politics, voting rights, and the intersection of money and politics. Berman was the first national reporter to cover voter suppression during the 2012 election, earning widespread acclaim for his coverage and pushing the issue into the national spotlight. His stories have appeared in The New York Times, The Washington Post, Rolling Stone, and The Nation, and he is a frequent guest and commentator on MSNBC, C-Span, and NPR. In 2017, Berman won an Izzy Award for outstanding achievement in independent media. 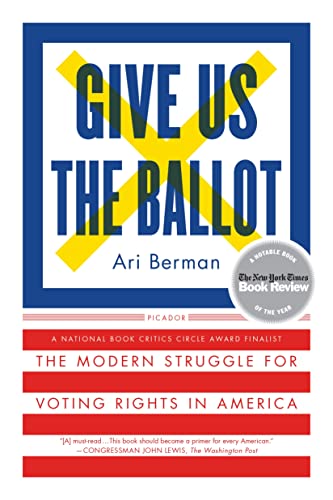 Give Us the Ballot: The Modern Struggle for Voting Rights in America

Countless books have been written about the civil rights movement, but far less attention has been paid to what happened after the dramatic passage of the Voting Rights Act in 1965 and the turbulent forces it unleashed. In this groundbreaking narrative history, Ari Berman charts both the transformation of American democracy under the VRA and the counterrevolution that has sought to limit it from the moment the act was signed into law. The VRA is widely regarded as the crowning achievement of the civil rights movement, and yet—more than fifty years later—the battles over race, representation, and political power continue, as lawmakers devise new strategies to keep minorities out of the voting booth, while the Supreme Court has declared a key part of the Voting Rights Act unconstitutional.

Through dogged investigative reporting and in-depth storytelling, Ari Berman has shined a spotlight on the greatest threat to American democracy: the Republican Party’s unrelenting attack on the right to vote.  There is no bigger issue in American politics right now than the GOP’s multi-faceted efforts to subvert the election system and Berman’s indefatigable reporting has uncovered who is behind it, how they are doing it, and why it matters for American democracy.

States of Denial: A Guide to Some of the GOP’s Most Brazen Attacks on Voting Rights and Elections

We Uncovered How Many Georgians Were Disenfranchised by GOP Voting Restrictions. It’s Staggering.

Forty-five times more people were denied the right to vote by mail in 2021 than in 2020.

Voter suppression is skyrocketing and they blocked an effort to stop it.

Even as Republicans are attacking voting rights in her home state.

The Coming Coup: How Republicans Are Laying the Groundwork to Steal Future Elections

Democrats are nearly out of time to stop them.

“Today, I’m making it clear: To protect our democracy, I support changing the Senate rules.”

It’s Now or Never for Democrats to Protect Voting Rights

“The longer we wait, the more limited the impact of the reforms are.”

The Parents of the Michigan School Shooter Are in Deep, Deep Trouble