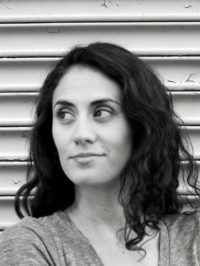 Juliana Schatz, a Colombian-American documentary director and producer, started her career at the award-winning investigative series FRONTLINE, where she contributed to 12 public affairs documentaries, among them two Emmy Award winners and one Peabody Award winner. Schatz also produced award-winning work at GlobalPost, where she covered the Egyptian revolution, and for Al Jazeera’s program earthrise, on environmental issues. She will be reporting on mental health care for children.