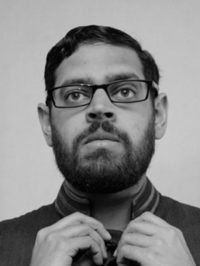 Nikhil Swanimanathan is a reporter, editor, and producer who has worked at Al Jazeera America, Scientific American, Good, and Archaeology. His freelance work has appeared in such publications as Wired, Mother Jones, and Psychology Today. He grew up in Atlanta and now lives in Oakland. He will be reporting on guest workers.