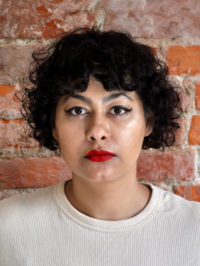 Tanvi Misra is a freelance writer and multimedia journalist primarily covering migration, urban policy, and criminal justice. Her work has appeared in The Atlantic, The Baffler, the BBC, Bloomberg CityLab, The Fuller Project, The Guardian, The New Republic, NBC News, NPR, and Teen Vogue. Her writing spans genres, ranging from magazine features and essays to political analyses and investigations. She has also reported, written, and voiced radio series, podcast segments, and investigative audio features. Tanvi is a 2022 Ira A. Lipman fellow at Columbia University where she is working on a feature about the experiences of unaccompanied girls.As an Ida B. Wells fellow, she will be investigating the conditions worsening the missing migrants crisis at the U.S.-Mexico border.