The Jonathan Schell Memorial Lecture Series on the Fate of the Earth was established in 2016 to honor the memory of Type Media Center fellow Jonathan Schell and takes its name from his 1982 seminal work on the consequences of nuclear war. It is an annual lecture of original work delivered by a speaker selected each year by committee addressing topics written on by Schell during his life including environmentalism, nuclear disarmament, and peace but may include any important issue on which the future of humanity and other life on the Earth might depend.

A Joint Project Between 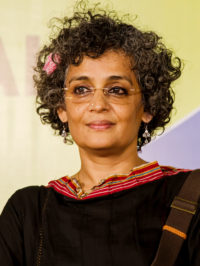 Author, most notably, of The God of Small Things, for which she received the 1997 Booker Prize, and The Ministry of Utmost Happiness. A collection of her essays from the past twenty years, My Seditious Heart, was recently published by Haymarket Books. 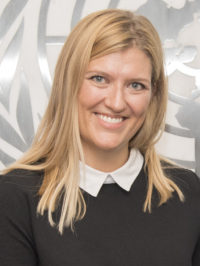 A lawyer and executive director of the International Campaign to Abolish Nuclear Weapons (ICAN). She accepted the 2017 Nobel Peace Prize alongside Hiroshima survivor Setsuko Thurlow. 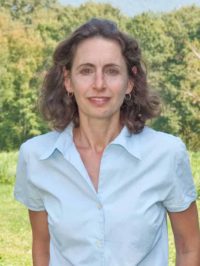 A journalist, author, and visiting fellow at Williams College. She won a Pulitzer Prize for her 2014 book, The Sixth Extinction: An Unnatural History, and writes about the environment for The New Yorker. 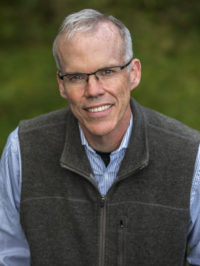 An environmentalist and author who writes about global warming, alternative energy, and localized economies. He is the leader of the anti-carbon campaign group 350.org, and has authored over a dozen books.

Jonathan Schell was a passionate humanist, brave writer, and powerful voice who dedicated his life to illuminating civilizational perils—especially the threat of nuclear war.

Schell traveled to Vietnam after graduating from Harvard in 1965, where a chance encounter with journalist Bernard Fall put him on a helicopter to witness the destruction of the village of Ben Suc by US troops. A series of New Yorker articles and his book, The Village of Ben Suc, published when he was 24, became one of the first English-language accounts of the senseless killing of Vietnamese civilians by American forces. Through eloquent writing, he would become an important antiwar witness to the horrors of Washington’s Vietnam.

He published his next book a year later, after spending time flying with US forward air controllers. The Military Half: An Account of Destruction in Quang Ngai and Quang Tin was a stunning description of how the US military tore South Vietnam apart from the air as well as on the ground. In 1976, he took on the Watergate scandal in his classic work, The Time of Illusion.

First published as a four-part series in the New Yorker, Schell’s 1982 international bestseller The Fate of the Earth — on the devastating human consequences of nuclear war — was his seminal work. In that book, he raised fundamental questions about our existence as a species that “has brought itself face to face with a second death [in addition to our own] — the death of mankind.” Calling The Fate of the Earth “an enormous force” in a New York Times book review, sociologist Kai Erikson wrote, “It accomplishes what no other work has managed to do in the 37 years of the nuclear age. It compels us — and compel is the right word — to confront head on the nuclear peril in which we all find ourselves.”

Schell became a lead writer at the New Yorker for two decades, penning hundreds of Notes and Comments. In addition to his anti-war work, he detailed “the inverted moral order” of President Richard Nixon’s White House, and documented its threats to the Constitution as well as freedom of the press.

He was also a Newsday columnist from 1990 until 1996, a senior fellow at The Nation Institute (now Type Media Center) from 1998 to 2014, and spent nearly two decades as The Nation’s peace and disarmament correspondent. A firm critic of American intervention throughout his life, Schell launched what soon became a weekly column, “Letter from Ground Zero,” just days after 9/11. In an unsigned letter published on The Nation’s cover in October 2002 — just before Congress authorized an attack on Iraq — he urged them to “be faithful to your oaths…Say no to empire. Affirm the Republic. Preserve the peace. Vote against the war in Iraq.”

In addition to his prolific magazine writing, Schell authored more than a dozen books, with his last completed work, The Seventh Decade, publishing in 2007. He also taught at universities including Princeton, Emory, New York University, the New School, Wesleyan University, and the Yale Law School.

The Fate of the Earth and Jonathan Schell’s life work have moved us to reflect on the harm humans have inflicted on the planet, especially through global warming (the subject of his final, uncompleted work, provisionally titled The Human Shadow) — and inspired us to look ahead to what must be done. We hope to grapple with this civilizational challenge by fostering original work on the fate of the earth and its inhabitants through this lecture series, which was established through a partnership with The Gould Foundation in 2016. The series features original work on issues that the future of humanity and other life on the Earth might depend.