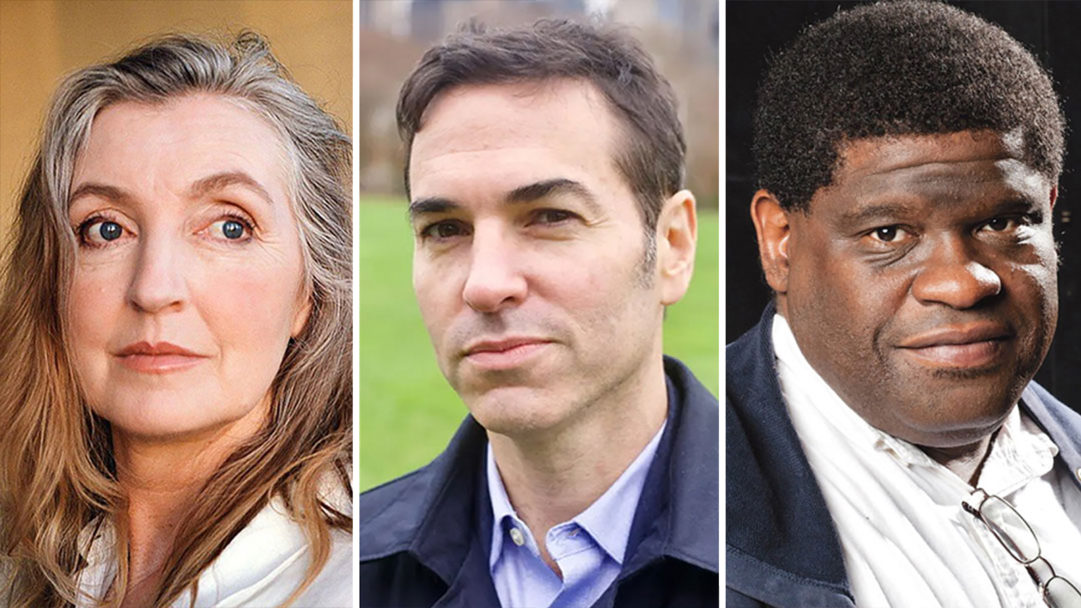 Type Fellows Rebecca Solnit and Eyal Press, engage in a wide ranging discussion about the invisible violence and ugliness of modern capitalism and the contradictions around the hidden labor on which society depends and tacitly condones. Type Knobler Fellow Gary Younge, Professor of Sociology at the University of Manchester and author of author of “Another Day in the Death of America,” moderates the discussion.

A lush exploration of roses, pleasure, and politics, and a fresh take on George Orwell as an avid gardener whose political writing was grounded in his passion for the natural world.

“In the year 1936 a writer planted roses.” So begins Rebecca Solnit’s new book, a reflection on George Orwell’s passionate gardening and the way that his involvement with plants, particularly flowers, and the natural world illuminates his other commitments as a writer and antifascist, and the intertwined politics of nature and power. Sparked by her unexpected encounter with the surviving roses he planted in 1936, Solnit’s account of this understudied aspect of Orwell’s life explores his writing and his actions—from going deep into the coal mines of England, fighting in the Spanish Civil War, critiquing Stalin when much of the international left still supported him (and then critiquing that left), to his analysis of the relationship between lies and authoritarianism. Through Solnit’s celebrated ability to draw unexpected connections, readers encounter the photographer Tina Modotti’s roses and her Stalinism, Stalin’s obsession with forcing lemons to grow in impossibly cold conditions, Orwell’s slave-owning ancestors in Jamaica, Jamaica Kincaid’s critique of colonialism and imperialism in the flower garden, and the brutal rose industry in Colombia that supplies the American market.

Drone pilots who carry out targeted assassinations. Undocumented immigrants who man the “kill floors” of industrial slaughterhouses. Guards who patrol the wards of the United States’ most violent and abusive prisons. In Dirty Work, Eyal Press offers a paradigm-shifting view of the moral landscape of contemporary America through the stories of people who perform society’s most ethically troubling jobs. As Press shows, we are increasingly shielded and distanced from an array of morally questionable activities that other, less privileged people perform in our name. The COVID-19 pandemic has drawn unprecedented attention to essential workers, and to the health and safety risks to which workers in prisons and slaughterhouses are exposed. But Dirty Work examines a less familiar set of occupational hazards: psychological and emotional hardships such as stigma, shame, PTSD, and moral injury. These burdens fall disproportionately on low-income workers, undocumented immigrants, women, and people of color.