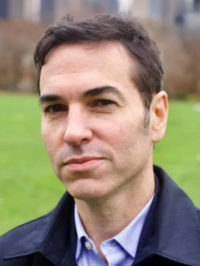 Eyal Press is a Puffin Foundation Fellow at Type Media Center, a journalist and author. His most recent book, Dirty Work: Essential Jobs and the Hidden Toll of Inequality in America (2021), examines the morally troubling jobs that are done in our name and the hidden class of workers who do them.

The recipient of the James Aronson Award for Social Justice Journalism, Press is a contributor to The New Yorker, The New York Times, and other publications. He has received an Andrew Carnegie fellowship, and a Cullman Center fellowship at the New York Public Library and is also the author of Beautiful Souls (2012) and Absolute Convictions (2006). 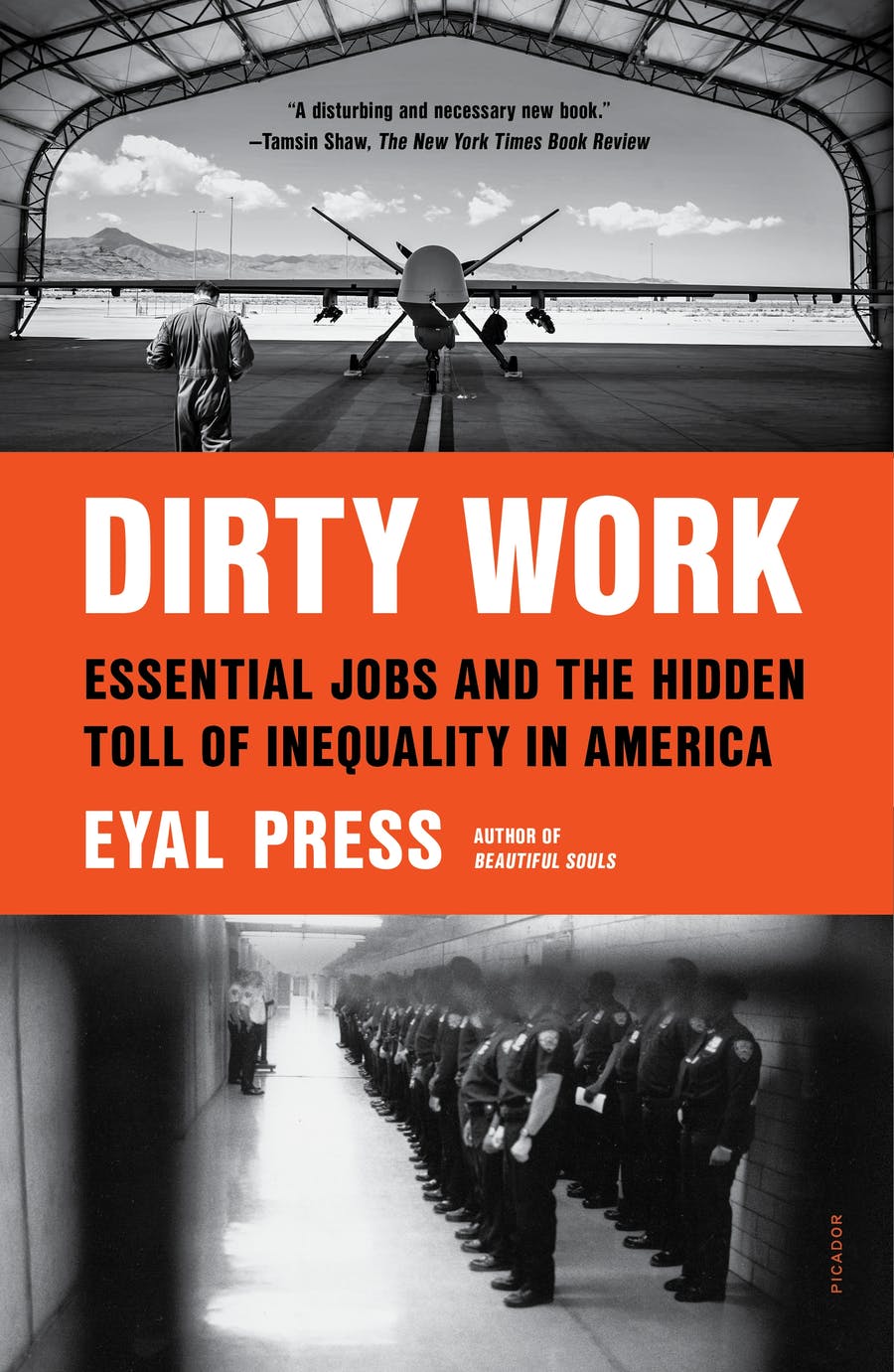 Drone pilots who carry out targeted assassinations. Undocumented immigrants who man the “kill floors” of industrial slaughterhouses. Guards who patrol the wards of the United States’ most violent and abusive prisons. In Dirty Work, Eyal Press offers a paradigm-shifting view of the moral landscape of contemporary America through the stories of people who perform society’s most ethically troubling jobs. As Press shows, we are increasingly shielded and distanced from an array of morally questionable activities that other, less privileged people perform in our name. 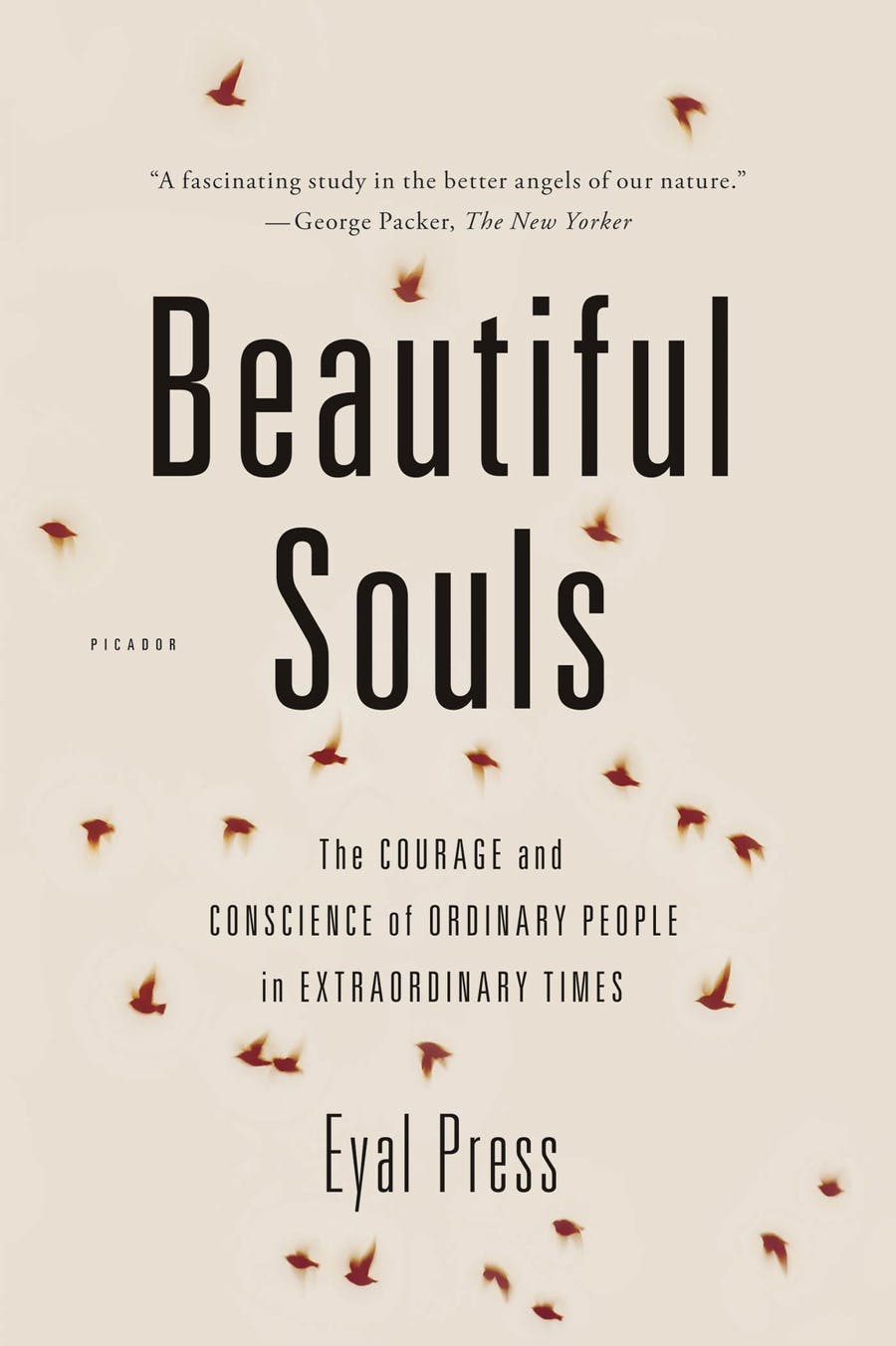 History has produced many specimens of the banality of evil, but what about its flip side, what impels ordinary people to defy the sway of authority and convention? Through these dramatic stories of unlikely resisters, Eyal Press’ Beautiful Souls shows that the boldest acts of dissent are often carried out not only by radicals seeking to overthrow the system but also by true believers who cling with unusual fierceness to their convictions. Drawing on groundbreaking research by moral psychologists and neuroscientists, this deeply reported work of narrative journalism examines the choices and dilemmas we all face when our principles collide with the loyalties we harbor and the duties we are expected to fulfill. 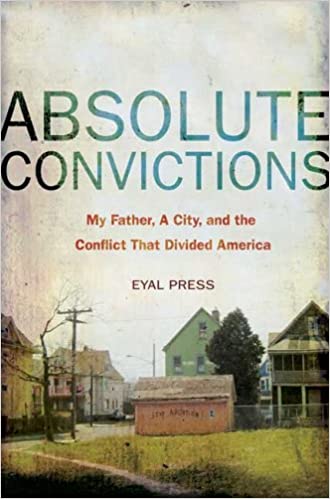 Absolute Convictions: My Father, a City, and the Conflict that Divided America

On October 23, 1998, the Buffalo abortion provider Barnett Slepian was killed by a sniper’s bullet fired through the kitchen window of his home. Days later, police informed another local doctor, Shalom Press, that they had received a threat warning that he was “next on the list.” Within hours the Press household was under twenty-four-hour federal marshal protection. America’s violent struggle over abortion – which had already claimed the lives of five doctors and clinic workers – had come to Buffalo.

The pandemic is changing how we think about work

Journalists Sarah Jaffe and Eyal Press discuss what the Great Resignation, union organization and hybrid models mean for the future of labor.

Dirty Work: Essential Jobs and the Hidden Toll of Inequality in America Recipient of 2022 Hillman Prize Book for Journalism

In Dirty Work, Eyal Press offers a paradigm-shifting view of the moral landscape of contemporary America through the stories of people who perform society’s most ethically troubling jobs. His subjects include prison guards, slaughterhouse attendants, oil and gas workers, and drone operators who kill from behind desks.

A conversation with the journalist son of the doctor who endured Buffalo’s abortion wars (and delivered my firstborn). An award-winning journalist and author, Eyal Press knows a thing or two about how words can be deployed, or weaponized. When journalists agreed to accept terms such as “pro-life” to describe those who oppose abortion, they implicitly agreed to help stigmatize those who support it. After all, what’s the rhetorical opposite of “pro-life”?

A New book by Eyal Press examines ethically fraught jobs on which our society depends and which we implicitly condone.

Guest essay by Eyal Press for The New York Times.

This Book Introduces You To The People Doing Your Dirty Work

Puffin Foundation Fellow Eyal Press joins NPR’s Fresh Air podcast to talk about his book, Dirty Work, takes a deep dive into the lives of those who do the essential work that no one else wants to do.

Puffin Foundation Fellow Eyal Press joins MSNBC’s Why Is This Happening? podcast to discuss his book, Dirty Work, and the nature of our implicit social contract around dirty work: Who does the work itself and what story does it allow society to tell about itself?

Eyal Press Why Is This Happening? The Chris Hayes Podcast

A Fight to Expose the Hidden Human Costs of Incarceration

The law professor Andrea Armstrong is documenting the loss of life inside jails and prisons in Louisiana, the state with the highest in-custody mortality rate.