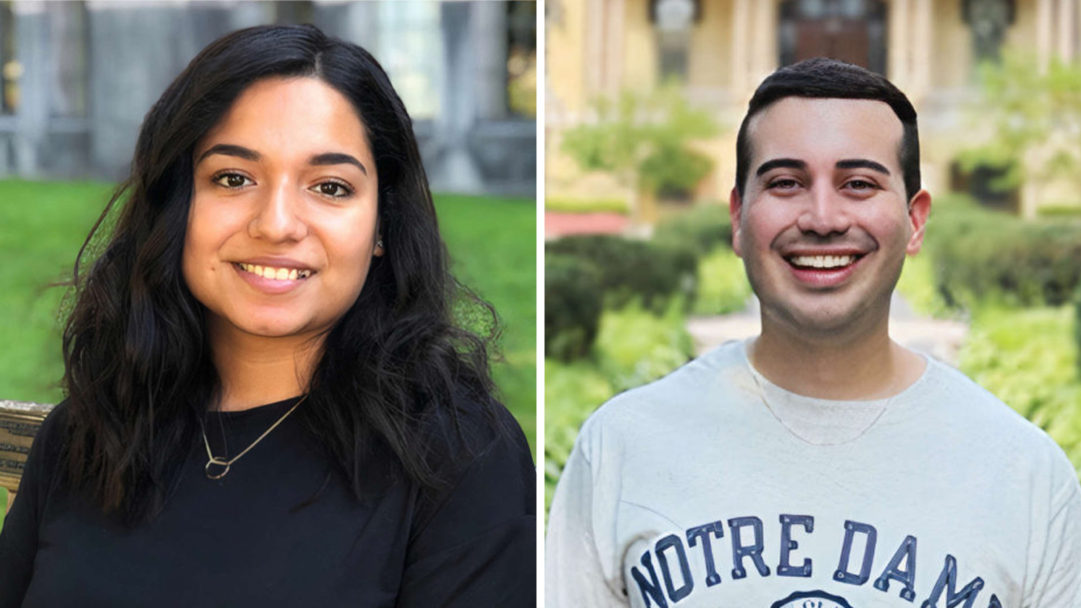 Type Media Center is pleased to announce Cristina Guadalupe Gamundi Garcia and Sebastián Ramírez as the two recipients of the 2022 Robert Masur Fellowship in Civil Liberties. The fellowship, which carries a $2,000 prize, is for law students who intend to carry out significant activities over the summer between their first and second years related to civil rights and/or civil liberties.

In the past three years, due to COVID-19, the fellowship competition has opened to proposals that include remote projects. This has led to a record number of applications from around the country. The selection committee is always incredibly impressed by the caliber of work all the applicants propose and are particularly inspired by both the experience and proposed activities the fellowship recipients shared.

Cristina G. Gamundi Garcia is a rising 2L at the University of Washington School of Law. She will spend her summer as a legal intern supporting the Child and Youth unit at the Northwest Immigrant Rights Project. The Child and Youth unit represents and advocates on behalf of immigrant children and youth that suffer persecution in their home country, face a lack of parental support, and experience poverty. Prior to law school, Cristina served as an interpreter on immigration cases and conducted research regarding immigration policy in Washington State. After law school, Cristina intends to pursue a career in immigration law to serve and empower immigrant populations.

Sebastián Ramírez is a rising 2L at Notre Dame Law School. Prior to starting law school, he worked as a union organizer with UNITE HERE! Local 1 in Chicago, where he successfully helped organize and lead Chicago’s first city-wide hotel strike which resulted in significant wage and benefit increases for thousands of Chicago hospitality workers. This summer, Sebastián will work on Chicago House’s TransLegal program, an initiative that provides legal assistance to trans people facing a myriad of legal issues. This upcoming fall and spring, Sebastián will extern with Indiana Legal Services and the Mexican American Legal Defense and Education Fund (MALDEF). After law school, he plans to pursue a career in civil rights litigation.