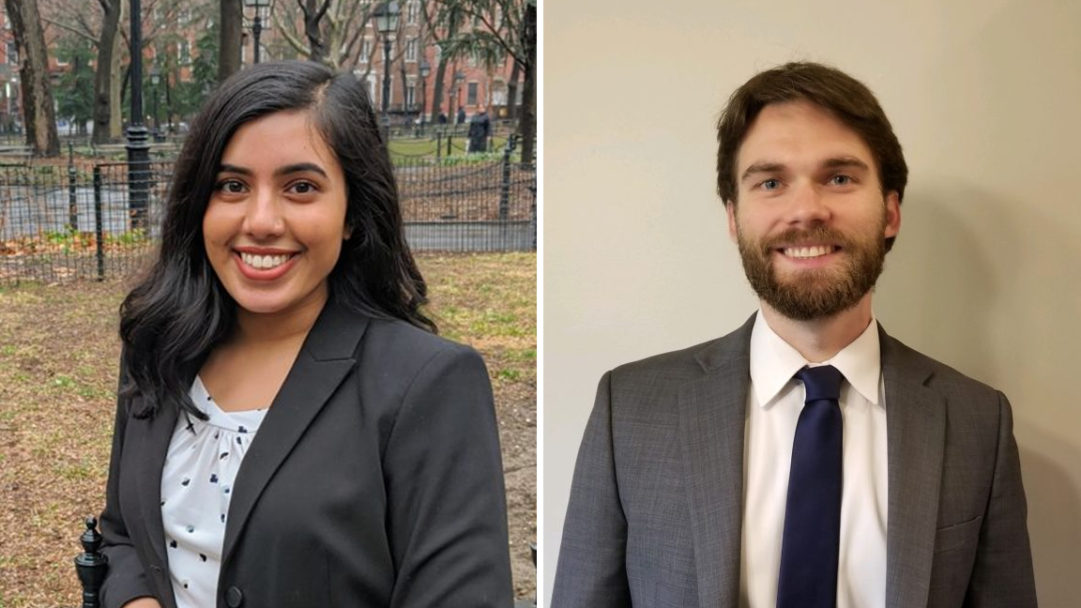 Type Media Center is pleased to announce Divya Babbula and Austin Field as the two recipients of the 2020 Robert Masur Fellowship in Civil Liberties. The fellowship, which carries a $2,000 prize, is for law students who intend to carry out significant activities over the summer between their first and second years related to civil rights and/or civil liberties.

This year, due to COVID-19, we opened the fellowship competition to proposals which included remote projects. We received a record number of applications from around the country — more than double what was received in 2018. The selection committee was impressed by the caliber of work all the applicants proposed and are particularly inspired by both the experience and proposed activities the fellowship recipients shared.

Divya Babbula, a student at the City University of New York, will spend her summer as a law clerk at the Austin-based Texas Civil Rights Project (TCRP). Divya’s work will address voting rights, racial and economic justice, and criminal justice reform, all of which are more urgent under COVID-19. She will primarily support TCRP’s voting rights litigation and legal advocacy to increase access to the democratic process and grassroots voter mobilization efforts. Prior to this clerkship, Divya has worked on immigrant justice, fair housing, and community economic development as an organizer and legal worker in Texas. As the pandemic exposes structural inequalities, she is determined to be a public interest lawyer in the South building political and economic power of marginalized communities.

Austin Field, a student at the University of Washington School of Law, will spend this summer as a legal intern with the Public Defender Association, a Seattle-based nonprofit that advocates for criminal justice reform. As an intern with the Association’s Racial Disparity Project, Austin will support efforts to protect civil liberties by ending discriminatory policing and promoting police accountability. Prior to attending law school, Austin served as an Army officer and as an investigator for the Bronx Defenders. Inspired by his experiences at the Bronx Defenders, Austin decided to attend the University of Washington School of Law and become a public defender.